From the ancient records, there was a problem with the unicorn. The horn kept getting in the way of making friends. So God being God tried a new tact. He made the panda. But the bamboo were not happy about that.

God knew the third try would be the one to take. He reached down and took a blade of grass, some water from the kindest of streams and some good red dirt, and He made the snuggly-ugla-puss. Unlike the other creatures, it was neither carnivorous nor vegetarian. The way the snuggly-ugla-puss got its nourishment was from hugs.

Unfortunately the snuggly-ugla-pi came into contact with man. Man did not know what to do about these wild creatures. He’d be sitting around his fire, roasting marshmallows. Out of nowhere, a snuggly-ugla-puss rushed him for a hug.

Now man may be a hunter. He may be a farmer. He may even be an engineer or an actor or a artist. But one thing is for sure. Man is not a hugger. Just ask his wife. So it was not a good thing when that snuggly-ugla-puss rushed the marshmallow roaster. The roaster did not know what to do.

For years and years, man hunted the snuggly-ugla-puss. Soon it looked like the great hugger would go the way of the buffalo and the dodo.

Finally a group of scientists got together and formed an organization, the S.O.S. Union. The Save Our Snugglys Union. It was made up mostly of Canadians. Oh sure there were a couple of Norwegians. But mostly Canadians.

Before a caretaker is allowed to work at The Preserve, they have to take hugging training. Once someone has gotten a Masters of Huggology, they have a lifetime position on The Preserve. But the degree program is a rigorous one. You think it’s hard to become an astrophysicist or an astronaut. It’s ten times that hard to become a huggologist.

Once a year, on International S.O.S. Day, there is a Snuggly-ugla-pi-thon to raise money to support The Preserve and its occupants. The Preserve receives no government support. Only the generous donors can keep this important work continuing. 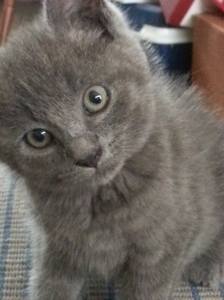 A Snuggly-ugla-puss longing for a hug. 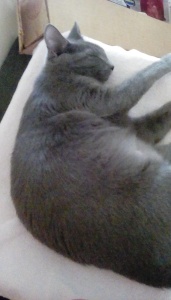 An adult Snuggly-ugla-pus in a state of hibernation.

This site uses Akismet to reduce spam. Learn how your comment data is processed.